The latest blog from our Australian Correspondent. 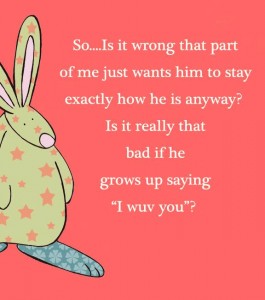 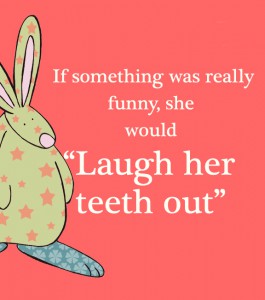 “I NO turn my eyes off Mama” is how my friend’s two and half year old son informed her that he would not be sleeping that afternoon. Just. beautiful.

(I suspect she found the moment beautiful retrospectively).

It’s the cute little statements or newly coined words I am beginning to miss as Her Majesty and the Hazard get older and more proficient with their language use. The little gems they would unknowingly produce, and I wish I had written down. Original expressions that would become part of our family vernacular for a time – a sort of secret code or our own little private joke…We still refer to horses as having a nice ‘horse-enality’. (It’s like a personality….but for horses).

When Her Majesty was 2, if something was really funny, she would “laugh her teeth out” or if something was ticklish beyond belief it would “tickle her heart out”. Both expressions capture her spirit so perfectly – her enthusiasm – every inch of her embraces the moment. *sigh* “Heart squeeze.”

However, when Hazard was a similar age, and frustrated, according to him (and only him) he would be “as angry as a bum hole”. (Can I even say that on here? I figured I could – he probably waived any rights by shouting it publically on numerous occasions).

And…NO that is NOT an Australian expression. He was trying to emulate his sister’s creativity? Hmm. Probably just a sign of things to come.

But I enjoyed his ‘diverse’ pronunciations. Even after all this time I still cannot stop myself from singing Hazard’s version of Little Miss Muffet when I hear that rhyme. Just in my head though – because with all his excited mixing up of his ‘s’ = ‘sh’ and ‘c’ = ‘t’ sounds – you do NOT want to know what Miss Muffet did on the Tuffet and then proceeded to eat (and neither did elderly patrons at the cafes where it was so frequently performed). Eeeww. Miss. Muffet.

(You’re singing it now to find out what she did…right?)

Anyway – the Hazard has just started speech therapy. It’s been difficult to get an appointment here. 18 months of waiting.

So…Is it wrong that part of me just wants him to stay exactly how he is anyway? Is it really that bad if he grows up saying “I wuv you”?

It’s just my desire to keep them little for just that bit longer – exactly as they are right now.

And if I’m being honest..yes…I have gained SO much selfish amusement as a result of their developing language. Amongst so many other things, I am really going to miss that as they get bigger.

And probably more amusing for those…well…not me.

Like the Hazard dancing around singing, before school while his sister’s feeling sick, “hypochondriac”. Repeatedly.

And do not even bring up the subject of space…or pretty much any other topic… with the Hazard at the moment because he will work his *favourite* planet into the conversation. Repeatedly.

I’ve also discovered that Her Majesty enjoys writing too. “Dear Diary. Today I decided to run away. Don’t worry, I will take you & give you lots of words to chew on”. Being her writing inspiration that day was a dubious honour.

Anyway, I imagine there will still be some opportunities for me to take advantage of, before they become ‘all grown up’ on me.

For instance, Hazard informed me on our drive to school the other morning, as he is waving to our young neighbour, who is new to the country, that the Hazard has been teaching his friend English.

…I might ask to sit in on the next lesson.